If you’re going to open the main door of our faculty, two things are about to happen.

First, you’re entering a world that’s entirely made for students. Well, there are the everyday matters like lectures, seminars or exam periods… also procrastination, barrels of coffee, lots and lots of empty pens etc. But man, you can even run at the stairwell playing laser tag or have a beer on the local yard! More on that later, though.

Second, the ultimate question of life, universe and everything is about to get replaced by the: „Damn, how is this door so heavy?!” Believe me, the answer is no 42, and you’ll never gonna find it. At least the janitor ladies are super-nice, though.

And then? Stairwell ort the elevator, that is the question. Let’s put it down to the fact that the elevator is there for rookies; the experienced ones always take the stairs (and the ones who are late tend to jump over them). Plus, you are about to meet some captivating personalities on your way. Some of them commute to work on a bike, wearing a blue anorak… You know, just "gestalt" and staff.


Anyways, you can meet those people on the student-organized parties as well, so no big deal. On one of these, a lecturer casually told the story of how he ate some pieces from a sweet-box which was intended to be passed as a gift the next day. His parents forced him to confess and apologize. If you think that this is an ordinary story from someone’s childhood, think again – allegedly it happened not so long ago.

The exam period? More like some sort of magical metamorphosis. After the first semester, you’ll still look like a decent human being. After the second one, you’ll still resemble one. But then… you evolve into a mole-like creature with lots and lots of acne and lots and lots of coffee running through your veins. Sometimes you even can see sounds around you. The principle is the same as when dating – the first time, you want your underwear to match with the shade of your skin. Ten instants later, your rush to the place in your pajamas and apologize for not bringing anything with you.

That’s why we refuse to go there just to study, we strive to make the faculty a better place. That’s why  le wild student clubs appeared. Each of them focuses on something slightly different, but they cooperate a lot. You’ll meet some shiny happy people there – they will gladly help you with anything and with them you can actively participate in anything you like. If there’s an idea you would like to bring to life, but you lack the means and assets, they can help you figure it out. Just be creative, dude!

An example of this would be the festival Dvorky, which takes place in the very area of the faculty. Lots of food, lots of drinks… the laser tag on the stairwell, as we’ve mentioned above… some students’ bands… oh, or you can try to be a hamster in a zorbing ball! Anything you’d like, basically. 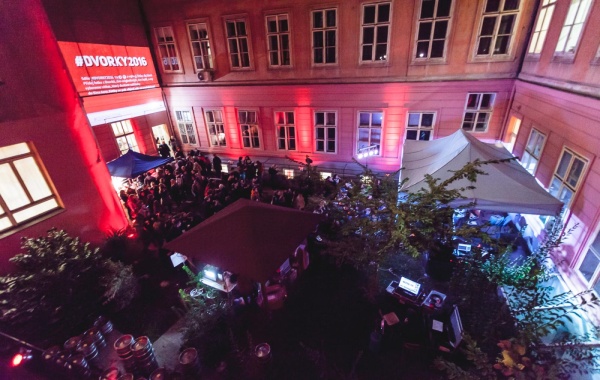 Also, there’s the summer picnic. Luckily, not even once had it rained on that day, so chilling on the weed (the Poaceae one!) has never been easier. Or, if you feel a bit childish, there’s something called D-Dur. Simply put, it is a day staffed with games. Besides that, there are even some charity events, like a jumble sale or a race. Shared breakfasts. Writer-reader meetings. Movie screenings. And much more.

(written by our students) 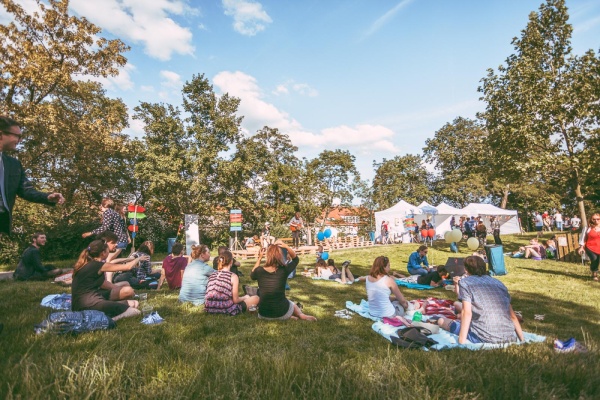